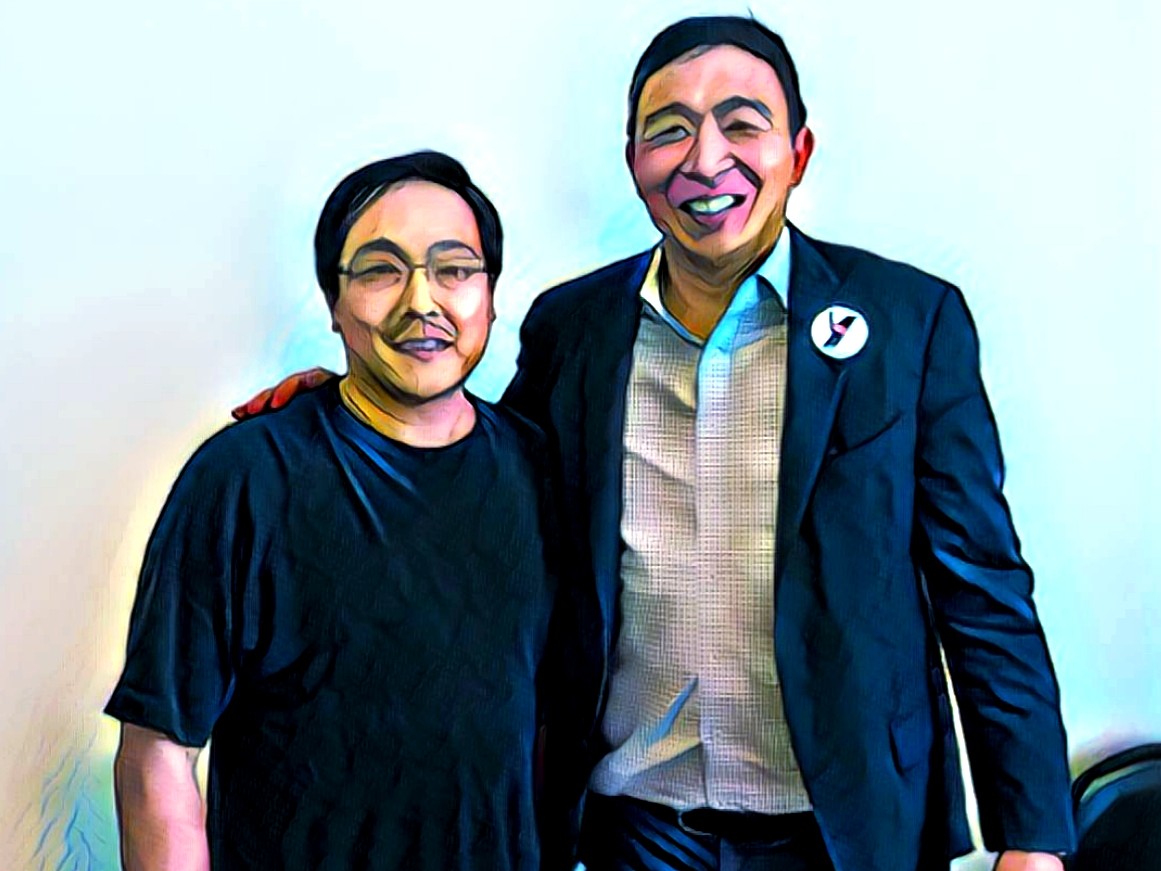 2020 US Presidential Election candidate, Andrew Yang, has met with Litecoin (LTC) founder, Charlie Lee, as seen in a Tweet by the election hopeful.

Congrats @SatoshiLite on being such a pioneer – let’s build the future. 👍 pic.twitter.com/WEQXiizdYs

Yang is well known as being one of the few candidates that accepts Bitcoin (BTC) for his campaign – a trend that is growing in politics worldwide.

What Yang is even more well-known for is his intention to regulate the cryptocurrency industry in that market in the United States, so that it may flourish and compete with the markets of Asia and Europe. Yang has previously said that he would frame his policies after the policy work of Wyoming legislators and the sponsors of the Token Taxonomy act.

On Yang’s official campaign page, he says that he will:

Promote legislation that provides clarity in the cryptocurrency/digital asset market space by:

Defining what a token is, and when it is a security (e.g., recognizing “utility tokens”)

Provide for consumer protections in the space

Preempt state regulations when possible to create one national framework

The meeting with Lee is sure to get Yang some more attention from the cryptospace, whose investors are looking for policy makers to push for more crypto-friendly regulation, or at least clear regulation that does not leave aspects of the industry in a grey area.